Unlisted Kuwait Airways Corporation (KAC) announced it has received offers for partnership from investment banks, auditing companies and aviation companies to promote shares in the airline and supervise a tender for a strategic partner. KAC will also be cooperating with the World Bank to review the offers by 01-Aug-2010.

Last week, KAC Chairman and Managing Director, Hamad al-Falah, stated the privatisation of the airline is on schedule. On 03-Mar-2010, the Constituent Committee commenced the implementation of law 6/2008 to privatise the company, with the Kuwait Investment Authority (KIA) to establish the new company. The committee has completed a draft of the contract of Establishment and the Company Charter and appointed Abdul Hameed Al-Sarraf and Partners, with Baker and McKenzie for advisory services. 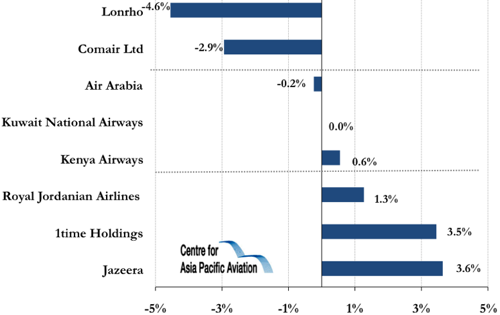