In Southeast Asia, most stock exchanges gained yesterday, on continued optimism about the region’s growth prospects. The notable exception was Singapore’s main share index, which bucked the regional trend, closing down 0.1%. Shares in Singapore Airlines fell 1.4%. 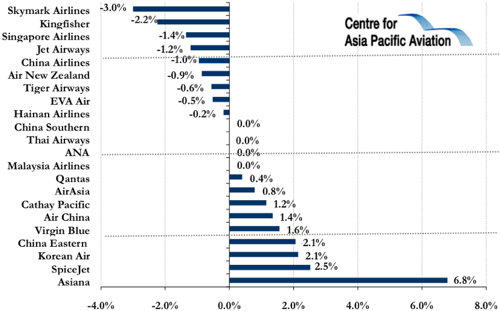