Several shareholders of Korea Aerospace Industries reportedly plan to offer up to 24.6 million shares in the civilian and military aerospace manufacturer. KAI applied to list to Korean regulators last month, reportedly intending to sell 36.6 million shares – equivalent to a stake of approximately 40% and potentially valued at more than USD535 million.

A report in the Wall Street Journal has identified Hyundai Motor Co, Samsung Techwin as two of three major shareholders that will offer their existing shares in KAI. The company’s largest shareholder, Korea Finance Corp, will not sell any shares under the IPO and will reportedly sell its shares at market prices after the listing.

Some 12 million new shares will be offered by the aerospace company. The Korea Exchange granted approval for the IPO today, although it stated the value and size of the deal had not been determined. A timeframe for the IPO has not been announced.

EADS announced that its Spanish subsidiary, Compania Espanola De Sistemas Aeronauticos has signed an agreement with Wipro Infrastructure Engineering to transfer a part of its technology and manufacturing responsibilities to the Indian company. Work will include manufacturing of aerospace actuators and other precision components. Wipro Infrastructure Engineering stated the deal will give it an entry into the aerospace and defence sector. 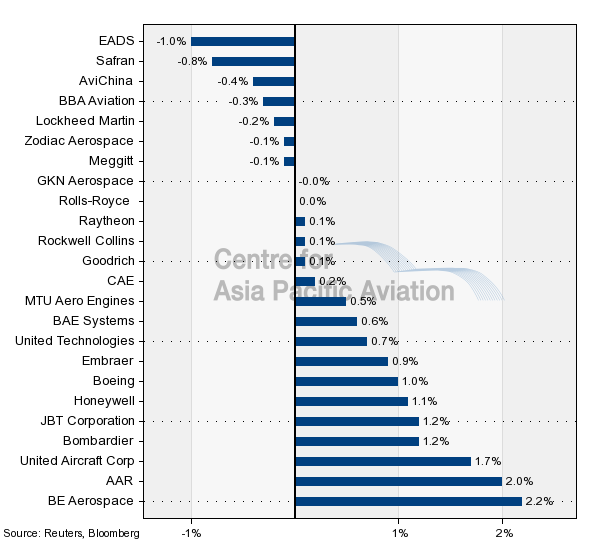