Meanwhile, Middle Eastern shares were a mixed bag with Jazeera (-1.7%) and Air Arabia (-0.9%) down while Kuwait National Airways (+1%) shares rose.

Kenya Airways (-0.5%) expects to add four additional routes before the end of 2010, bringing the total to seven. The carrier added seven new routes in 2009. The newest addition will be Angola, which will become its 50th destination when Nairobi-Luanda service commences 17-Aug-2010. 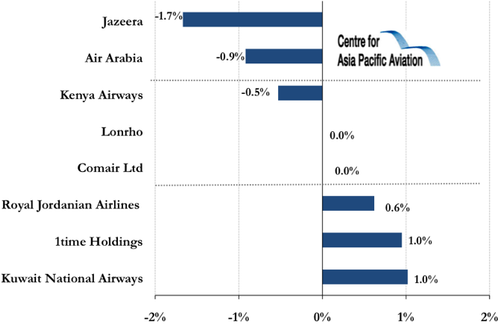