Kenya Aviation and Allied Workers Union stated it will join the strike called by Kenya Airways (-4.1%) staff on 07-Sep-2010, over alleged non-implementation of the Aug-2009 return to work formula that ended a three-day strike. The 3500 unionised workers of the carrier went back to work after being promised a 20% increase in salaries among other benefits. According to the union not all of the agreements have been honoured by Kenya Airways management. 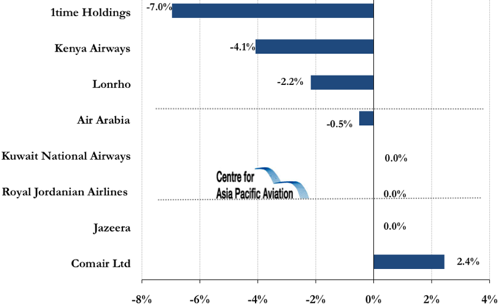