Air Arabia (+1.8%) CEO Adel Ali reportedly stated the carrier may lease aircraft if it has an immediate need to expand. Mr Ali added that the carrier would not rush in to order more aircraft, planning to make sure it efficiently uses the aircraft it already has. 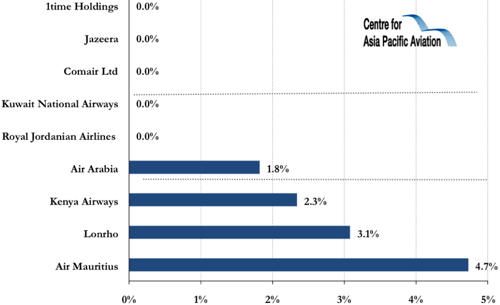