Kenya Airways (-1.1%) launched service to Nampula with the city becoming the second in Mozambique to be serviced by the carrier. The carrier plans to launch service to other African destinations, including Ouagadougou, N’djamena and Point Noire in 2011. 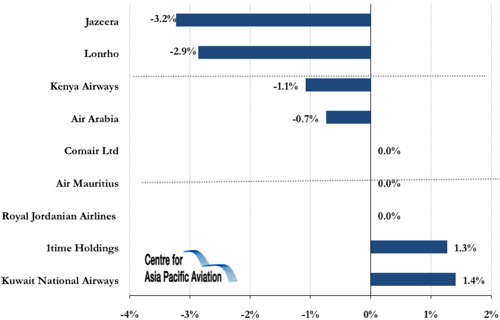