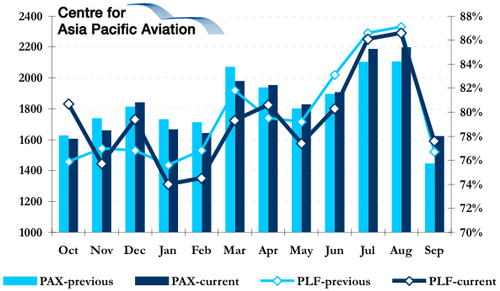 The improvement in traffic last month can be partly attributed to JetBlue’s a“All-You-Can-Jet Pass!”, launched in Aug-2009, in which passengers were provided unlimited travel to all 57 of the carrier’s domestic and international destinations from 08-Sep-2009 to 08-Oct-2009 for USD599. All available seats on every flight were available under the pass, which could be booked or changed up to three days prior to departure.

The LCC suspended sales for the pass two days prior to the scheduled close, stating the deal had sold out.

The carrier is still yet to comment on how successful the pass was financially. 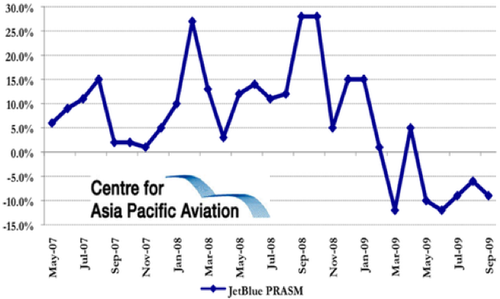 In alliances news, JetBlue and Lufthansa launched their codeshare agreement at the start of Oct-2009, enabling passengers to purchase connecting services with the carriers. The agreement, which was recently approved by the US Department of Transportation, provides JetBlue customers with connections to Lufthansa's worldwide network of over 400 destinations in 100 countries.

From 11-Nov-2009, JetBlue (in which Lufthansa holds a 15.6% stake) will offer the following US and Puerto Rico destinations, available for connection from Lufthansa services via New York and Boston.

The cooperation with JetBlue complements Lufthansa’s longstanding and successful partnership with United Airlines in the US, and further enhances the carrier’s schedule to and from the US.

The codeshare provides an important opportunity for Lufthansa, as its main US gateway is New York JFK, one of JetBlue’s hubs. However, before now, the carrier lacked codeshare connections from the airport as United does not have significant operations at JFK, accounting for just 4.4% of total weekly domestic seats. By contrast, JetBlue has a 39.8% domestic capacity share at JFK, making it the largest domestic carrier at the airport. 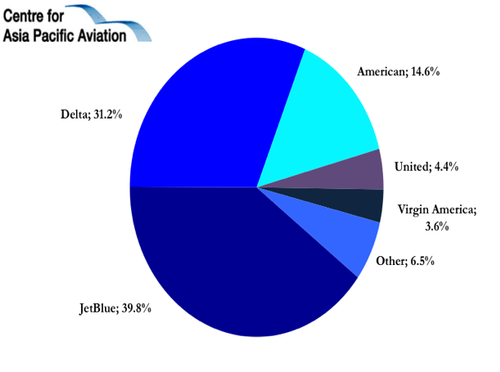 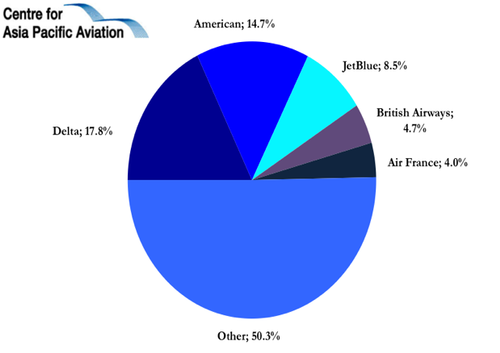 Further expanding into the Caribbean

JetBlue is planning additional international expansion. It has applied for authority from the Jamaican Government to commence Boston-Montego Bay and Orlando-Montego Bay services. The carrier plans to launch both services during its Winter 2009-10 schedule, subject to receipt of government operating authority, bolstering an already robust Caribbean schedule that includes up to 71 daily flights to the region.

JetBlue launched New York-Barbados service on 01-Oct-2009, and expects further services to the destination will be announced in six to nine months. The outbound load factor for the service has been “extremely strong”, according to JetBlue.

According to the carrier, the Caribbean has been a “very good market” for JetBlue due to its combination of leisure and VFR travel.

Also for its Winter schedule, the LCC plans to expand operations in San Francisco, with the launch of Fort Lauderdale-San Francisco service and increases in Boston, Long Beach and New York frequency.

The route will compete against AirTran’s nine times daily and Southwest’s five times daily services on the route, the first time three of the three largest US LCCs will compete on the same route which does not include a Florida destination.