North and South American low cost carrier stocks had a mixed performance on Wednesday. Some were still higher on comments from JP Morgan one day prior, while others followed the markets, with the Dow dipping 0.7%, while the AMEX Airline Index gained 2.23%.

During trade on Wednesday, JetBlue Airways made the following announcements from its annual meeting of shareholders:

Midwest and Frontier merger progress to be reflected in forthcoming 1Q2010 results: CEO

In other US highlights on 26-May-2010, Republic Airways Chairman and CEO, Bryan Bedford, announced the merging of Midwest Airlines into Frontier Airlines is progressing well. Mr Bedford stated the merger's progress should be reflected in Republic’s upcoming 1Q2010 results. 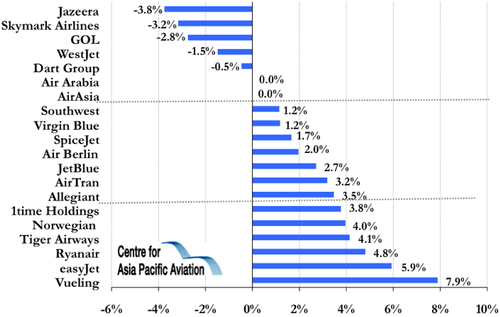