Shares in JetBlue and Southwest Airlines rose 2.7% and 1% yesterday, respectively, as both airlines outlined plans to slow their future growth rates.

Southwest Airlines meanwhile confirmed it has just one new market planned for 2010 - Panama City, Florida. CFO, Laura Wright, stated, “we're just in a period where our focus right now is on improving our profitability and not growing the fleet", which is to stay stable at around 530 aircraft this year.

Southwest stated 1Q2010 capacity would be down 6-7%, with March bookings looking “very strong”. A “modest” rise in passengers revenue is expected. 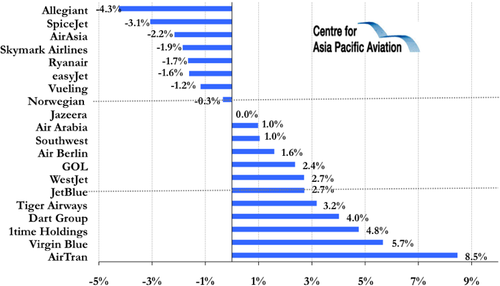