Jazeera Airways’ shares slipped 4.5% yesterday, underperforming Kuwait's main index, KWSE, which closed up 0.7%, ahead of the carrier reporting a 53% reduction in net profit to USD2.7 million in the three months to Sep-2009.

This reduction occurred despite a 4% increase in revenues to USD56 million and a 65% increase in passenger numbers to 582,000. CEO, Stefan Pichler, commented that the carrier’s performance is “picking up again” following its restructure from a dual hub to a single hub operation. 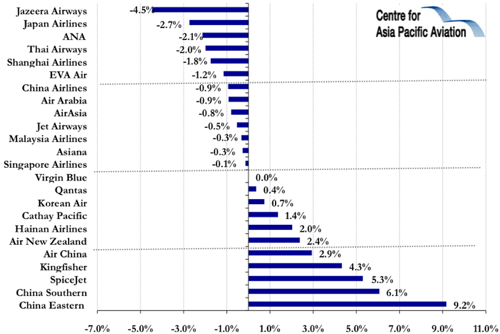 Shares in Chinese airlines generally gained yesterday, after the Government relaxed fuel-surcharge regulations, with plans to enable Chinese carriers to set their fuel surcharges based on their individual jet fuel costs from 14-Nov-2009. 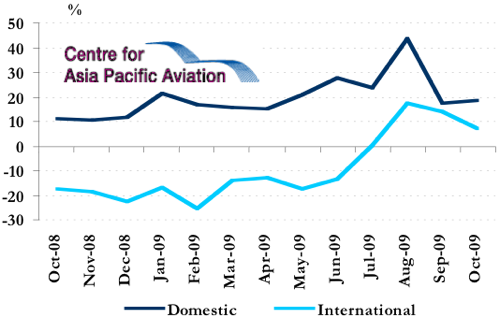 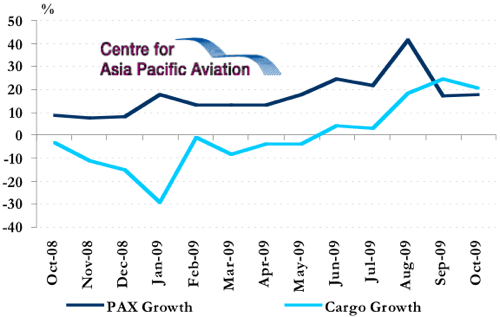 The Indian market has rebounded in the second half of this year, as the domestic economy remained strong. Despite some improvement in airline yields, domestic Indian air traffic continued its very powerful recovery in Oct-2009, with India’s Ministry of Civil Aviation (MoCA) reporting 27% growth in domestic passengers to 4.0 million in Oct-2009.

Jet Airways and other airlines in the Indian market have started to raise fares over the last few weeks to improve the yield position, with Jet stating these increases “have not shown any negative impact on traffic”. Executive Director, Saroj Datta, stated, “the current capacity-demand situation is improving, capacity growth has been under check, while demand continues to grow at a healthy pace. This coupled with a stable business scenario and steady GDP growth is an ideal environment for yields to go up from current levels." 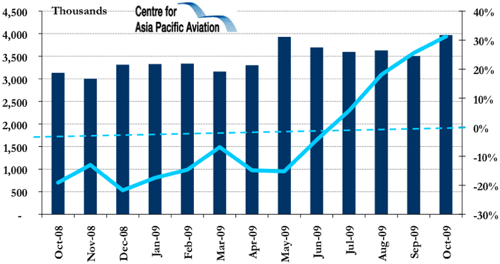 The market, which contracted for 12 consecutive months to Jun-2009, is showing signs of recovery off the lower base levels in the 2008 period. Traffic growth bottomed out in Dec-2008, when passenger numbers slumped 22%.

Among the LCCs, IndiGo had the highest domestic market share, at 13.6%, followed by SpiceJet (12.4%) and GoAir (5.4%), while a combined Jet Airways/Jet Lite, whose passenger levels fell last month due to its pilot strike, had a combined 27.7% market share, followed by Kingfisher Airlines followed at 20.7%. Air India also gained market share in the month, to 18.6% 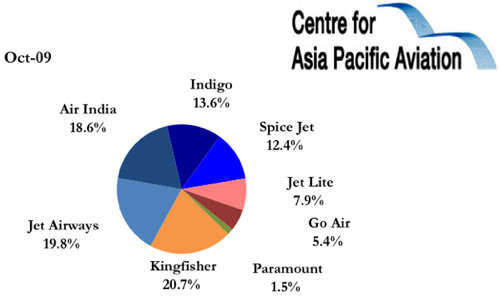 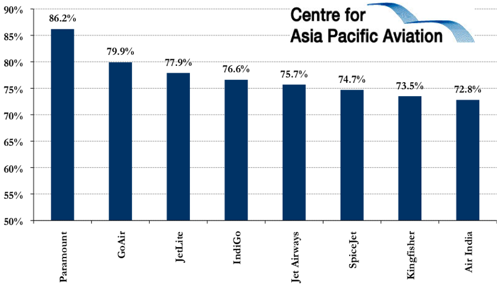