Japan Airlines has emerged from bankruptcy protection, having raised USD3 billion in fresh funding from financial institutions, shed one-third of its staff, grounded over 100 aircraft and closed 49 loss-making routes.

JAL is emerging from creditor protection at a very difficult time for the airline industry and the Japanese economy in the wake of the earthquake and tsunami disaster and ongoing nuclear crisis.

JAL President Masaru Onishi warned: "We cannot be optimistic. Reservations are not growing, on the back of concerns and uncertainty about the nuclear-power plants." He added that international passenger traffic had fallen by 25% from pre-quake levels, while domestic travel is down 28%.

JAL still plans to relist its shares by Jan-2013, although the carrier acknowledged that the target date has been made tougher to reach by the earthquake. "The listing of JAL's shares is extremely important," Chairman Kazuo Inamori said. "We need to do everything we can to prevent any downside to our earnings amid this crisis. Before this disaster, I thought the listing would be possible, but now, we must be vigilant and work, united to make this happen."

Earlier this week, Delta CEO Richard Anderson estimated that the cost of the post-tsunami crisis in Japan could cost the airline between USD250-400 million, stating that "Japan is critical to Delta Air Lines". If that is the case for Delta, it is an understatement that the same applies to JAL. Losses of that magnitude to JAL, at a time when it is seeking to re-emerge from its darkest hours, will make the process of renewal extremely difficult. 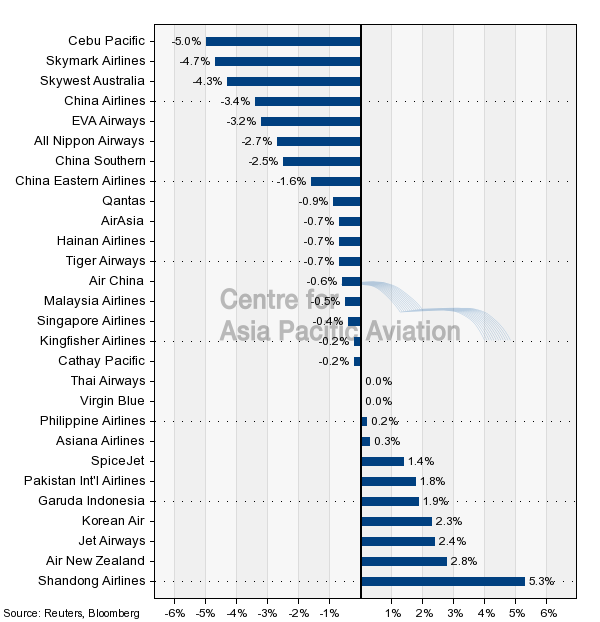