JAL’s shares closed up 2.7% at JPY115 on Thursday, outperforming a 1.8% fall in the Nikkei average. It was JAL's largest gain in a week.

The carrier, which is seeking its fourth state bailout since 2001, has requested Enterprise Turnaround Initiative Corp (ETIC) involvement to support the struggling airline.

AirAsia’s shares were down 0.8% yesterday, on the same day the LCC signed an amendment agreement with Airbus to defer the delivery dates of eight A320 aircraft, originally scheduled for delivery in 2011, to 2014 and 2015. AirAsia cited infrastructural constraints at Kuala Lumpur International Airport's LCCT as the reason behind the deferments.

In other AirAsia Group news, AirAsia X CEO, Azran Osman-Rani, stated the carrier experienced lower load factors and yields in 2Q2009, but is starting to see load factors above 80% again.

Yields, however, remain soft, according to the CEO, who told The Australian, "the real test will be the school holiday season in December-January to see whether the yields will recover or not”. He added that the December/January period would also “probably be a good gauge of whether 2010 is going to one of upswing or we're just running out of stimulus”.

Mr Osman-Rani also stated the low-cost long-haul carrier plans to continue expanding operations to Australia, to take advantage of business passengers trading down to LCCs. He added that LCCs need to re-examine their models to take premium traffic away from FSCs, instead of playing a “diminishing yield game". 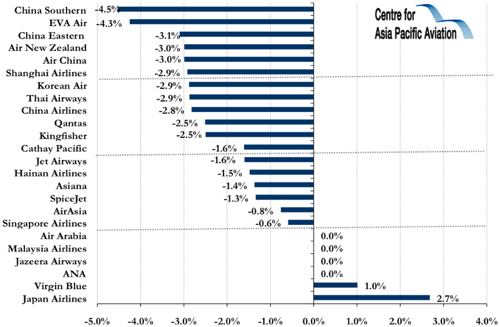