Asia Pacific Airline Daily reports a string of high profile aviation developments in the region today, led by Japan Airlines’ reported move to dump American Airlines in favour of an alliance with Delta Air Lines and Jetstar’s selection of Singapore as its long-haul hub.

Full details on each of these developments can be found in today’s Asia Pacific Airline Daily – the only comprehensive wrap of strategic aviation news from the region available.

Japan Airlines (JAL) has denied reports in the Mainichi newspaper that it decided to dump its alliance with American Airlines and oneworld in favour of Delta and SkyTeam. See related report: UPDATE: JAL to decide "next month" on alliances – Nikkei

Jetstar and Singapore Changi Airport Group (CAG) signed an agreement to launch a strategic partnership that will see Jetstar continue to make Changi Airport its largest air hub in Asia for both short and long haul operations.

As part of the agreement, Jetstar will operate its highest number of services and base its largest number of A320-family aircraft in Asia at Changi. It also commits to introduce long haul services using widebody aircraft from Singapore, as part of the carrier’s eventual expansion to points in Europe. See related report: Jetstar confirms Singapore as Asian hub; AirAsia growth continues in 2009

Meanwhile China Eastern Airlines stated the absorption of Shanghai Airlines through the exchange of A Shares was received, and the exchange of A Shares was completed on 28-Jan-2010. Following the absorption of Shanghai Airlines, the total issued share capital of China Eastern was enlarged by 1.7 billion shares to 11.3 billion shares. CEA Holding and CES Global remain the two largest shareholders in the company. The move is designed to enhance revenues and efficiencies at the Shanghai carrier.

A decision on a global alliance will reportedly be made by China Eastern next month. With JAL seemingly dropping out of oneworld, a new opportunity beckons in Shanghai. But competition is likely to be intense with SkyTeam and Star (of which Shanghai Airlines is a member). 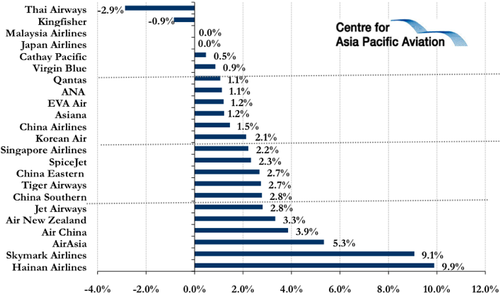