Auckland Airport’s shares fell 1.0% in early morning trading following the announcement by Infratil that it has sold its 3.87% stake in the airport at a price of NZD1.84 per share. 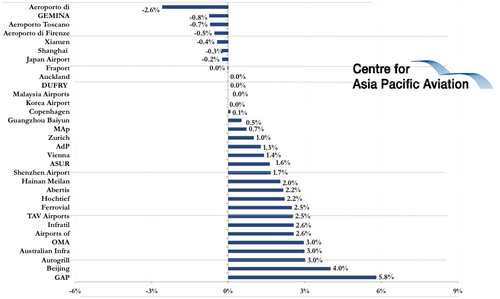