European airline shares were mixed on Monday (27-Sep-2010) despite a decline in the wider market. Markets were down after Moody's Investor Service downgraded state-owned Anglo Irish Bank’s debt, overshadowing the announcement that the Euro area's Leading Economic Index (LEI) increased 0.4% in Aug-2010 to 112.5.

Turkish Airlines (+1.0%) was also up, despite Chairman, Hamdi Topcu, last week stating the carrier does not have enough aircraft to meet its expansion targets and is considering the feasibility of A380 and B747-8 equipment. Mr Topcu stated the carrier has a fleet target of 184 aircraft in 2011, up from 142 at present, with the carrier having orders for 89 aircraft, of which 24 are widebodies.

In other news, European Commission vice president and commissioner responsible for transport, Siim Kallas, stated during the day that an extension of the EU-US open skies agreement is "far from completed". The Commissioner confirmed there were positive signs in negotiations with the US, but has cautioned that US officials remain guarded in discussions. Mr Kallas recently met with US Secretary of Homeland Security, Janet Napolitano, Secretary of Transportation, Ray LaHood, and the Chairman of the House Committee on Transportation and Infrastructure, James Oberstar, among others. Phase two of the EU-US open skies agreement was signed in Jun-2010. 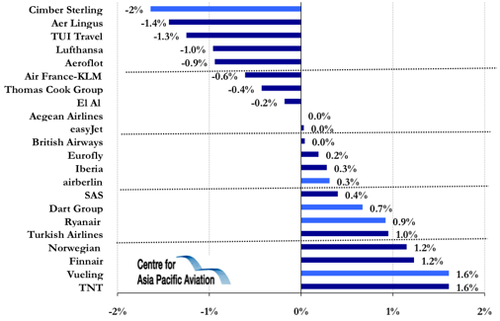