IATA has revised upwards its forecast for Asia Pacific airline passenger and cargo traffic in 2010 by 4.2 ppts from its Mar-2010 projection to a very strong 16.2%. The regional capacity projection is up 1 ppt from the previous outlook to 8.3% - around half the expected growth in demand - which is producing load factor and yield gains.

As a result, the region’s carriers are expected to deliver the largest profit of the global regions at USD2.2 billion. This is more than double the previously forecast USD900 million in March and a major reversal from the USD2.7 billion loss in 2009, according to IATA. 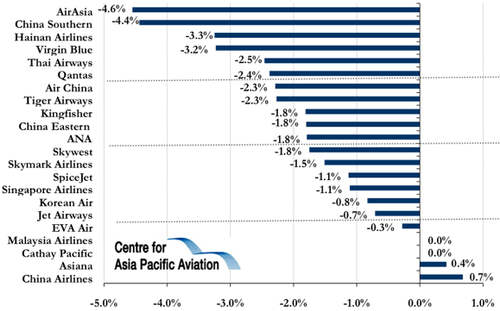