Hactl and AAT both reported a slight pick up in demand in Aug-2009, although both companies still expect a full recovery is still a way off. The key indicator, however, will be whether Hong Kong's cargo volumes move up significantly in the pre-Christmas period, after last year's disappointment.

Hong Kong Air Cargo Terminals Limited (Hactl) stated it is seeing overall cargo volume “picking up gradually”, following “relatively milder” cargo contractions in Aug-2009. However, it should be noted that air cargo volumes started to decline in Jul-2008, so contractions are now compounding. 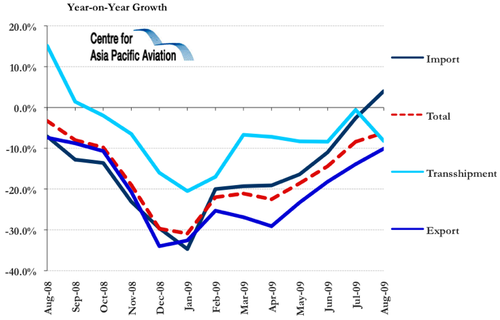 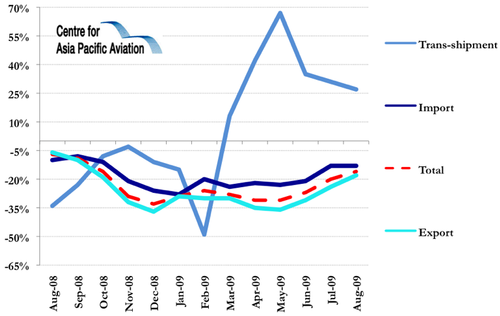 While neither HACTL or AAT are currently providing commentary on their traffic results, it is clear that both companies are still feeling the impact of the global economic downturn, in addition to the impact on the Hong Kong hub from cross-Strait liberalisation.

A snapshot of the challenges facing both companies can also be drawn by comments by the CEO of Hong Kong-based Cathay Pacific, Tony Tyler, who earlier this week stated the carrier is experiencing a “toxic combination” of a collapse in premium and cargo revenues, yields, and the negative impact on demand created by the swine flu outbreak, which has meant that “both our passenger and cargo business have been hammered at the same time". He added, "that makes this a downturn like no other - and the worst thing of all is there is still no end in sight”.