China has set the pricing structure for the new high-speed rail link between Beijing and Shanghai, with prices ranging from CNY410 (USD63.1) to CNY1750 (USD269.2) for a one-way ticket, posing a major challenge for airports and airlines on the lucrative sector. The Beijing-Shanghai rail link is expected to transport 180,000 passengers per day initially and has capacity to carry 80 million passengers p/a.

Chinese carriers have responded stating they have no plans to cut capacity on the route as yet. China Eastern Airlines and its Shanghai Airlines subsidiary, which has the largest market share on the sector with 55 return flights per day, believe that the rail link could lead to a 20% to 30% reduction in airline passengers on the route within the first six months but will not have much of an effect in the long-term due to “diversified demand”.

Shares in Beijing airport were down 0.6%, while Shanghai International Airport shares closed 1.6% lower. 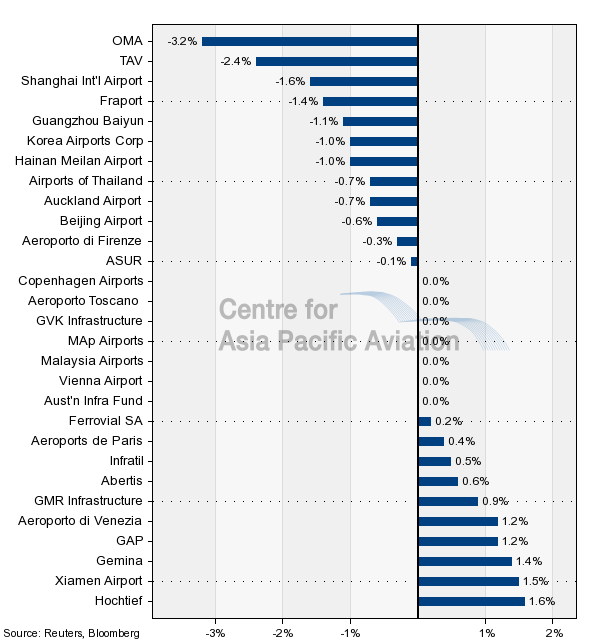