In the fifth instalment in our series on the world's leading airports, we review the vital cog of Japanese aviation; Tokyo’s Haneda Airport. Serving as the nation's primary international gateway until the construction of Narita, it has been recently refurbished and opened once again to intercontinental flights. But nothing in its past will rival the events on 11-Mar-2011, and the as yet unknown long-term effects.

Since the earthquake and tsunami of that day and the radiation woes that have followed, an industrial slowdown due to power shortages and severe infrastructure damage, have combined to hit the Japanese aviation market. New services to Haneda, just weeks old, have been suspended by Delta and many other airlines have also cut schedules and service. The airport could be hard pressed to maintain its ACI ranking this year as the world's fifth busiest airport.

The reductions have been immediate and dramatic as displayed by the following figures, only two weeks apart. (NB: All the data presented in this report is available on the Tokyo Haneda Airport profile - and there are 3,000 airport profiles just like it on the CAPA website). 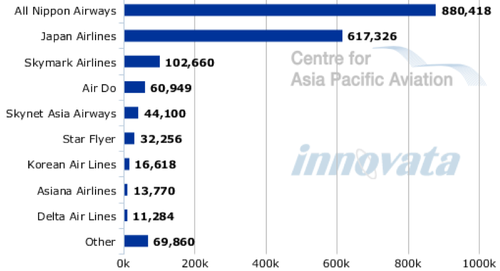 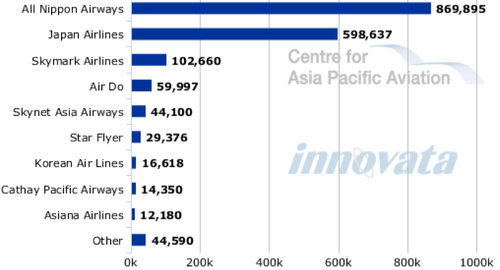 Both of Japan’s network carriers, JAL and ANA, have reduced capacity. Cathay Pacific, which has increased its seat offer to accommodate passengers exiting Japan, now appears among the top producers. But Delta, the biggest winner in the route awards recently granted, has suspended its flights indefinitely and has disappeared from the chart.

Also within a short period, international traffic, as a proportion of the total at the airport, has gone into reverse. 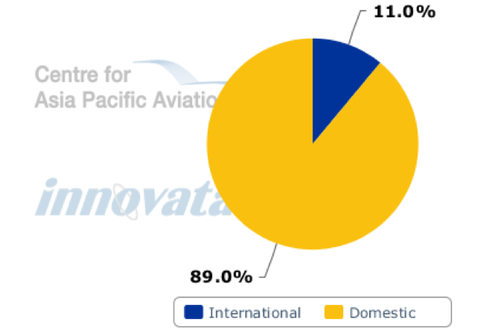 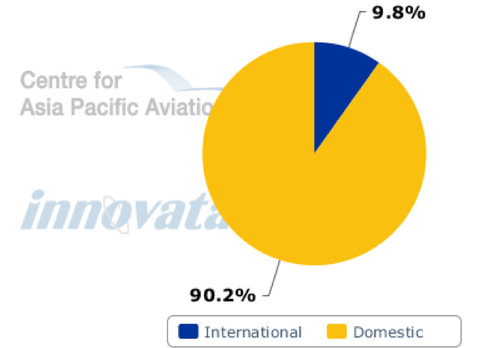 And finally, not only is the total seat offer reduced, but the newly opened routes to North American and Europe have seen dramatic reductions just weeks after they were inaugurated.

See related report: Japan crisis: What does it mean for Hawaii? 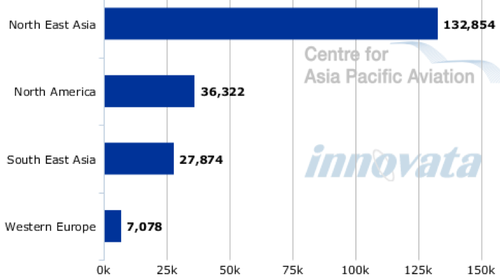 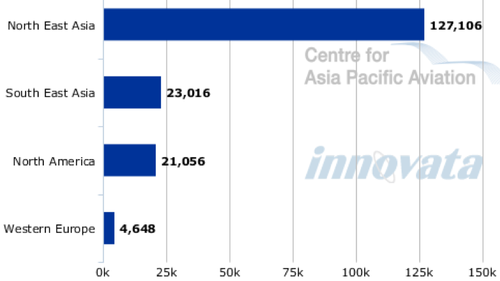 The dominance of ANA, as well as international service by Star’s Asian affiliates at the airport, gives Star nearly half of the capacity available at the airport. JAL, along with Cathay Pacific, make oneworld the number two player but SkyTeam, with (now reduced) Delta presence and Korean, has only very marginal representation. 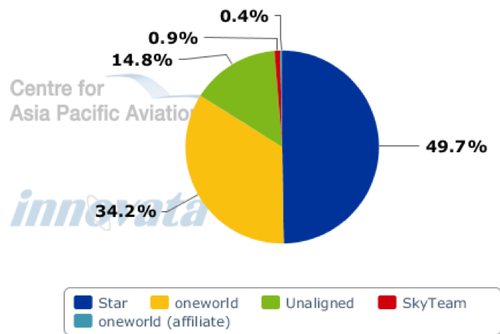 A quick look at fare trends shows a spike early in the current crisis as demand for seats out of the country increased, driving up prices. However, in the longer term fares have fallen due to greatly diminished demand and just when that situation might be reversed is unclear. Under the present conditions, fare levels, either high or low, will have little impact on travel.

No end in sight

With continuing aftershocks and an ongoing nuclear crisis, there is little indication that the airport – or the nation – will resume “business as normal” any time soon. Observers have noted that the financial services firms, often large consumers of premium travel services, have left the country in favour of other cities such as Hong Kong due to uncertainty over radiation risks. When they might return remains unclear.

All of this uncertainty means that any assessment of the airport will fail to fit into the template that we have used for previous profiles. While the airport will certainly continue to be a key component in the Japanese aviation market, its global position is unpredictable, at least in the short term.