Hainan Airlines shares' slumped 6.5% yesterday, despite reassurances from Chairman, Chen Feng, that the carrier would report a net profit in 1H2009. The carrier plans to release its financial report at the end of the month.

The HNA Group has also announced further plans to expand domestically, with the Group signing a cooperation agreement with Dalian Free Trade Zone Management Committee to develop the aviation industry in Dalian, including the establishment of Dalian Airlines. Shares in the other major listed Chinese carriers were also weaker yesterday. 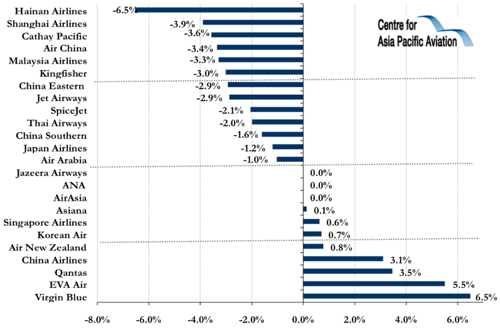