The volatility and uncertainty in China's aviation sector was clearly apparent as Hainan's shares were stopped at the 10% upside limit. Despite Hainan Airlines' poor performance, its parent company announced that a request might be made to the Hainan government for bailout funding. 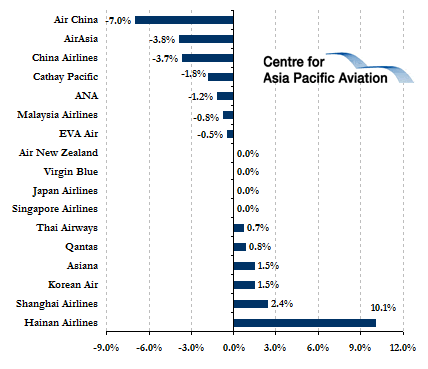