Hainan Airlines shares rose 2.2% yesterday. The carrier added its first service to Sydney in Jan-2011, bringing the number of Chinese carriers operating to the airport to five. At the end of Jan-2011, the carrier announced 2010 net profit would increase six-fold, from CNY335 million (USD50.8 million) in 2009.

The carrier attributes the result to the recovery of the global economy and the approval of the Hainan island tourism development plan.

Elsewhere in China, airline stocks were generally lower, with China Sothern, Air China and China Eastern all trading down.

Shares in AirAsia dropped 3.9%. The carrier’s Thai offshoot, Thai AirAsia, announced it plans to conduct a float on the Stock Exchange of Thailand in 3Q2011, to raise funds for its expansion and repay debt. The IPO will be for at least 25% of the carrier’s shares. AirAsia owns a 49% stake in the airline. 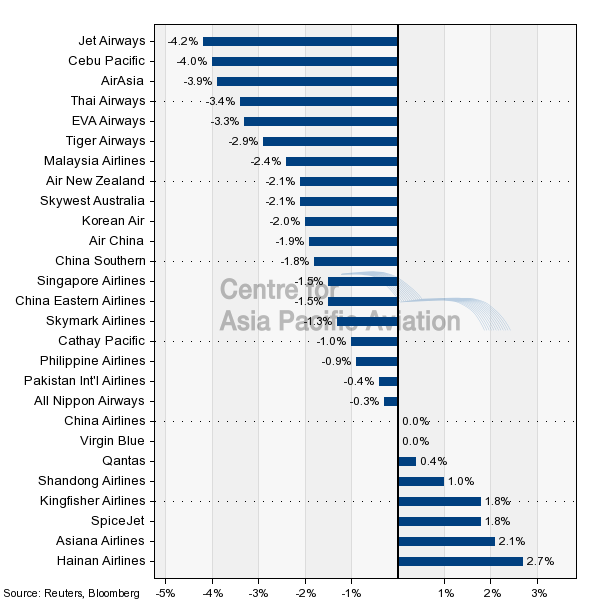