Yesterday’s rise was buoyed by the release of Hainan Airlines’ traffic for Jun-2010, which showed a big increase in load factors, despite a moderation in overall passenger and freight growth rates. 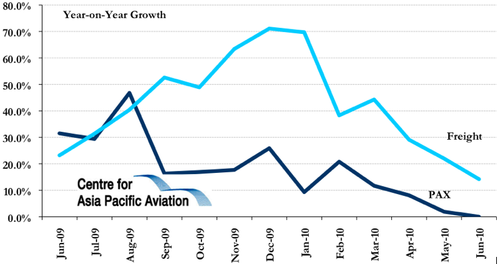 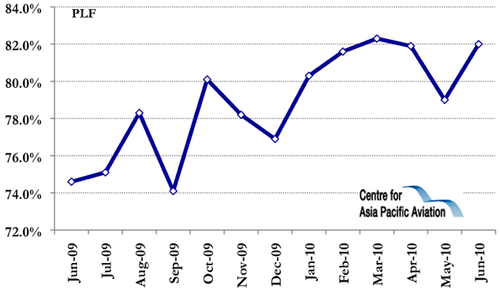 The load factor increase was produced by restraint in capacity growth (which was flat on last year’s 37% expansion). 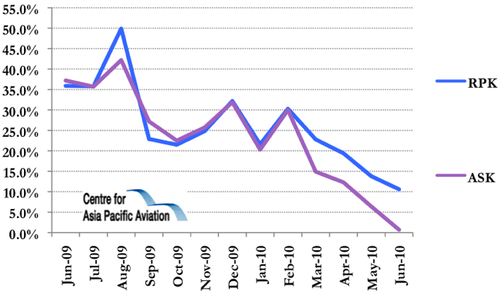 Elsewhere, RBS Equities issued a report stating the Australian domestic market is heading for a period of intensifying competition as Tiger Airways grows its operations and Qantas and Virgin Blue look to defend market share. According to RBS, Virgin Blue is “most vulnerable in our view, with Qantas better positioned through Jetstar and its greater exposure to the corporate market”.

RBS added, “our macro view remains that demand for domestic air travel should grow as consumer discretionary income rises, due to low unemployment and wage growth. However, competition is intensifying in the domestic market as Tiger Airways continues its ramp-up, evidenced by discount leisure fares falling 15% over the last 12 months, according to BITRE”.

The analysts revealed that benchmarking analysis indicates Tiger has a "significant" cost advantage over its domestic competitors. “At a cost/seat of AUD66, we estimate Tiger's cost base is 20% below Jetstar Domestic…As a result though, Tiger's yields are also lower than its competitors. We estimate Tiger's revenue/passenger of AUD82 is 28% below Jetstar's AUD115/passenger and 42% below VBA's AUD142/passenger. 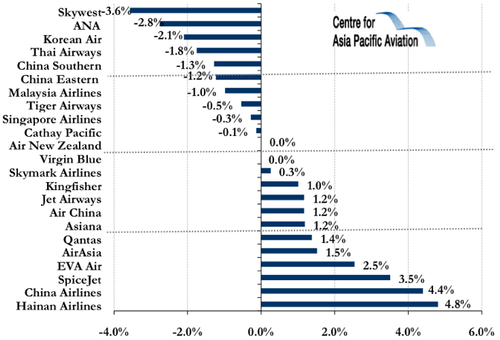