GVK Power & Infrastructure has announced it expects the modernisation of Mumbai International Airport to be delayed by three to four months, although it has not disclosed a reason for the delay. The project was earlier scheduled to be completed by Dec-2012.

Meanwhile, Mumbai International Airport Limited, the GVK-led consortium that runs the airport, has announced it plans to sell up to 70 acres in the area. Shares in GVK were up 5.8% on Friday but have dropped more than 50% over the year to date.

Shares in Ferrovial SA dipped 4.1% on Friday. Reports emerged last week that the company was in talks with an  US infrastructure investor Alinda Capital Partners about a sale of 10% in UK airport operator BAA. However, the  company stated talks are only at an early stage. A sale could be valued at close to USD285 million, which is expected to be used to pay down some of the EUR19.8 billion in debt held by Ferrovial. 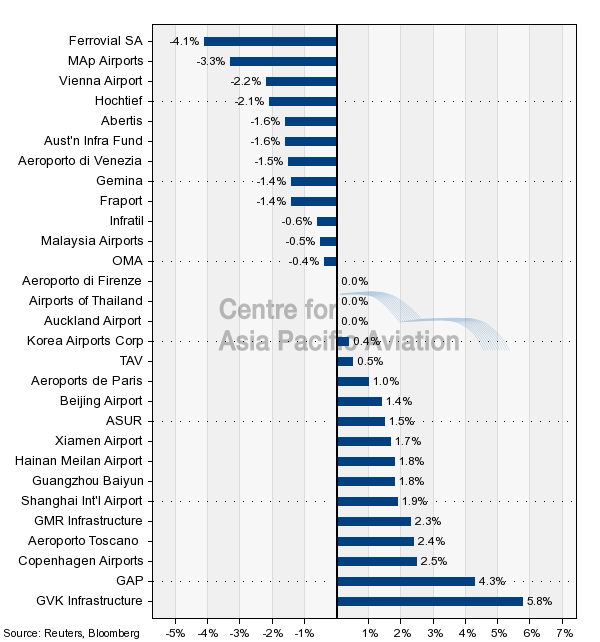