GVK Infrastructure reported a disappointing 8.7% slip in net profit for the three months to 31-Dec-2010, although its airport operations at Mumbai and Bangalore continue to perform well.

Revenue took a 29.3% hit in 3QFY2011, as investments in natural gas operations were affected by capacity restrictions. Revenue at Mumbai rose 15%, while revenue at Bangalore increased 22%. However, the company has raised concerns over the outlook for its airport business, as revenue sourcing guidelines provided by the Airports Economic Regulatory Authority of India “are not clear for airports in Bangalore and Mumbai”.

According to GVK, there guidelines provide no clarity on whether the airports will be required to use a single-till, double-till or hybrid till models for charges. Limiting the airports to a single-till model could have an adverse impact on revenue performance. 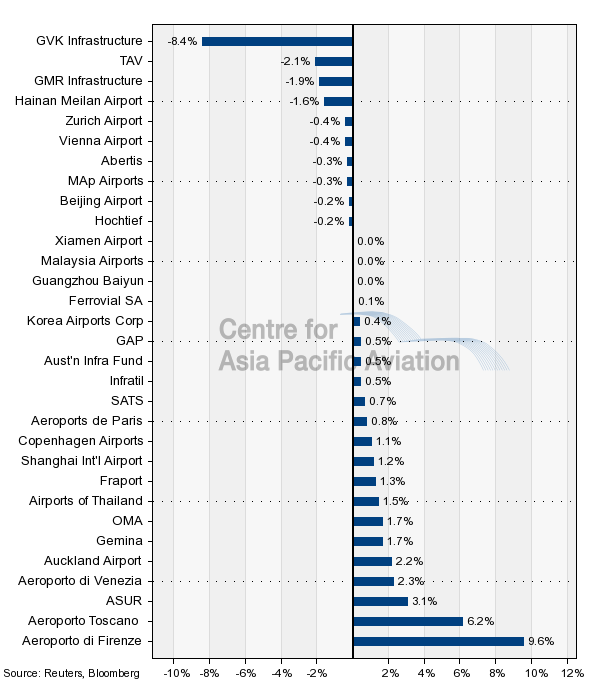