Guangzhou Airport gains from FedEx presence, but underlying recovery some way off

Guangzhou Baiyun International Airport Co Ltd, the operator of Guangzhou Baiyun International Airport, reported continued softness in passenger and freight demand last month. The airport handled 2.9 million passengers and 24,500 flights, up 1.5% and 2%, respectively. Freight volumes surged 17.6% year-on-year to 77,000 tonnes, but this was entirely due to the opening of FedEx’s intra-Asian hub at the airport in Feb-2009. Stripping out FedEx’s mail volumes, cargo volumes at the airport fell 11.9% in both Mar-2009 and Apr-2009.

FedEx’s presence at the airport has boosted mail volumes by around 500% year-on-year in each of the past three months. 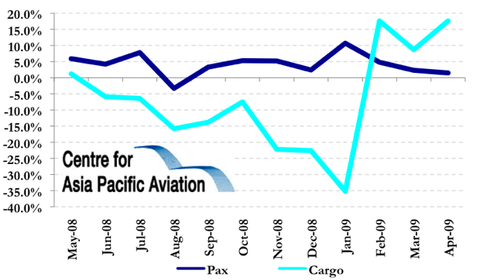 China Southern Airlines continues to dominate Guangzhou Baiyun, with a 49% capacity and frequency share at the airport. Air China has built up a 9.5% share, while three other carriers hold more than 5% of the market, which makes for intensive pricing pressures. 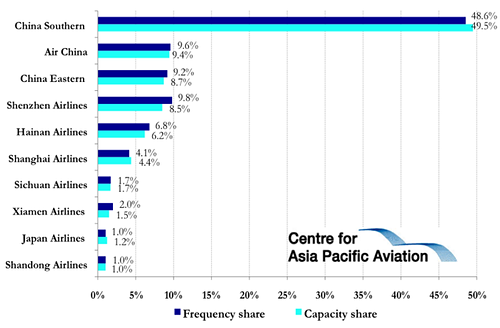 Services linking Guangzhou to Beijing account for almost 10% of total seats per week. The next busiest route is Shanghai Hongqiao (9.1%) and Hangzhou, near Shanghai, which accounts for 6.2% of total seats. 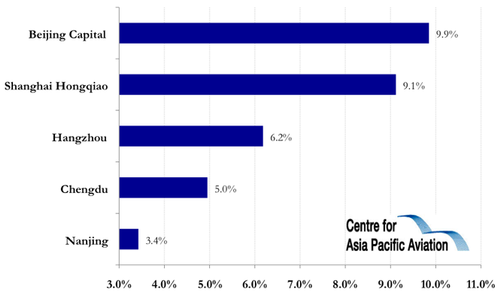 Bangkok is the busiest international route from Guangzhou (accounting for 14.1% of total capacity share), followed by Tokyo Narita (12.7%), Kuala Lumpur (8.6%) and Singapore (7.6%). 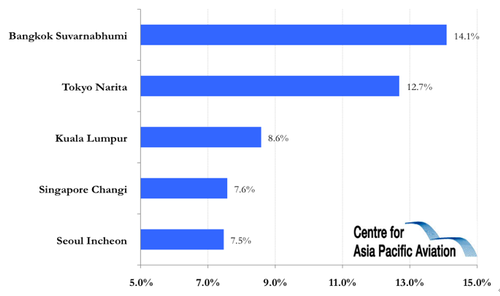 The outlook for Guangzhou is challenging. China Southern Airlines is under intense financial pressure and has deferred its international expansion plans for the time being. The Pearl River Delta region is awash in excess airline capacity, while demand remains very soft, which is having a major impact on airline yields. The introduction of FedEx’s hub operation has been a major coup for Baiyun, putting a gloss on otherwise weak freight volumes.