On 24-Jun-2010, a consortium led by GIL, in partnership with Malaysia Airports Holdings Berhad (MAHB), was awarded the concession for the Malé Airport for a period of 25 years. GMIAL is the special purpose vehicle formed in the Maldives for the project, with GIL holding 77% and MAHB the remaining 23%.

The Male project is being funded through a combination of debt and equity in the ratio of 70:30. The debt component of USD358 million has been tied up with Axis Bank Ltd, Singapore branch, which is acting as the sole underwriter and mandated lead arranger for the entire debt facility. The debt has a door-to-door tenure of 12 years with ballooning repayment over seven years commencing from June-2015. SBI's Maldives branch is acting as account bank for the debt facility. The company is aiming at completing the project in four years.

Meanwhile, Gemina (+6.4%) shares gained the most on Thursday (25-Nov-2010), while Abertis and Airports of Thailand remained unchanged. 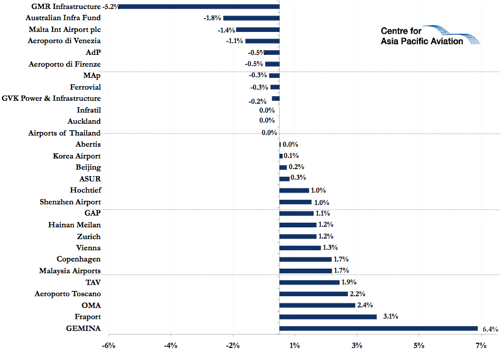 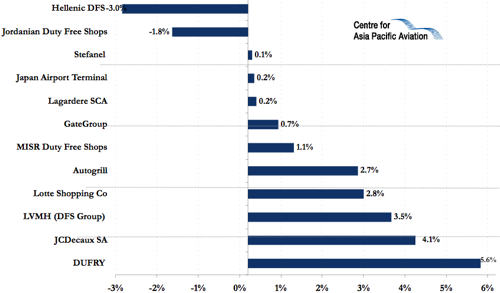