Shares in aerospace companies were generally stronger on Wednesday, in line with a general rally across stock markets globally. GKN Aerospace shares led the day, up 5.6%, while United Technologies Corp (UTC) was up 4.3% and B/E Aerospace rose 4.2%.

United Technologies Corp raised its 2011 revenue forecast from USD56 to USD57 billion, thanks to increasing demand, particularly for the PW1000G family engines at its Pratt & Whitney engine unit and Carrier air conditioning and refrigeration business. The company raised its full-year profit forecast by USD0.05 per share to up to USD5.40 per share. 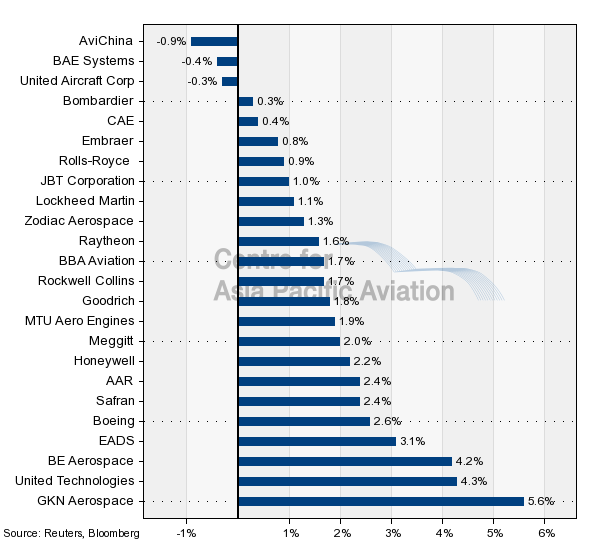