From obscurity, Guangzhou and Shanghai Pudong airports move up rankings

If Beijing surprised by moving from position 49 among the world airports in 1999 to second place in 2010, it is even more astonishing that two other Chinese airports moved from total obscurity to 19th – Guangzhou (CAN) – and 20th, Shanghai (PVG).

Since 1999, both cities have gained new, modern facilities that are well equipped to deal with spiralling passenger numbers. Doubtless this attention to infrastructure is key to the orderly development of Chinese aviation.

The next two charts tell quite a story, tracing the changes in international network expansion over the past decade. While the number of destinations has grown at both, the list for Shanghai is much longer and the increase in frequencies has been astonishing.

The changes within South and Southeast Asia have been even more stunning at PVG, with a virtual shuttle service in operation between PVG and HGK.

But there are some surprises at CAN as well. Though the destinations and frequencies from PVG to Europe are more numerous, the pattern at CAN includes three points in Africa, a continent absent from the PVG list.

One possible explanation might be that Guangzhou is only 93 air miles from the established and mature market of Hong Kong, making CAN service redundant. But two of the airlines involved, Ethiopian and Kenya Airways, also fly to Hong Kong.

The next two charts reveal the primary difference between the two – Guangzhou is primarily a domestic airport while Shanghai has a much greater percentage of international traffic. PVG may be China’s most international gateway with half its seats in that category. Though bigger overall, Beijing’s international share (22.8%) is more akin to that of CAN. 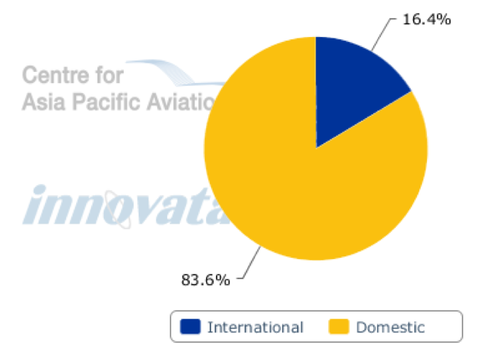 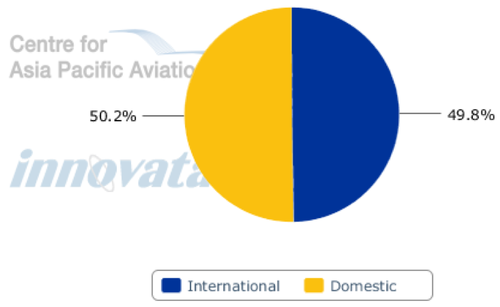 Again, there may be historical reasons for this traffic configuration. Shanghai has been the traditional gateway for foreign visitors and trade for a very long time. Guangzhou is located, like Hong Kong, in the Pearl River Delta but for a century Hong Kong was an international enclave, disconnected from other cities in the region. Up until recently, Chinese wishing to travel to this populous and important area would have used CAN rather than HKG.

Regardless of the reason, Shanghai, along with Beijing and Hong Kong, appears on track to become one of China’s premier international gateways, a position that Guangzhou will likely not occupy.

Looking at the available seats by carrier re-enforces that reality. The primary carrier at CAN, China Southern, offers almost a third more seats than does China Eastern at PVG. All of the primary carriers at CAN are Chinese and the “other” category is dramatically smaller than that found at PVG, indicating a smaller pool of seats to be supplied by foreign carriers.

And finally, Air China has a secondary international hub at PVG but operates no international services at Guangzhou, adding substantially to Shanghai’s reach. 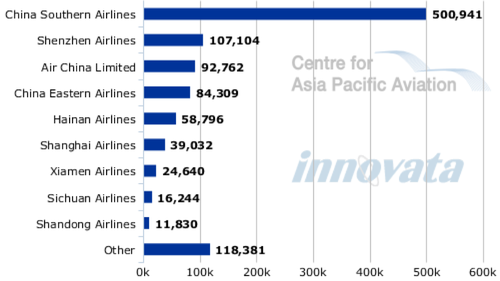 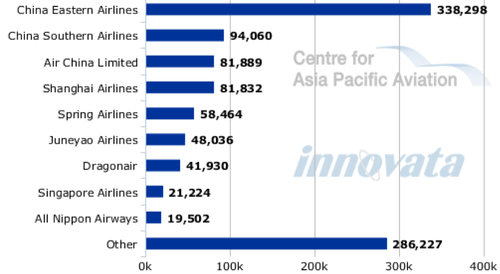 The distribution of seats is also quite different, with the bulk of Guangzhou’s international seats focussed on Southeast Asia awhile Shanghai’s major traffic patterns go north. However, the actual numbers are hugely skewed towards PVG where its second place region, Southeast Asia, has more actual seats than does CAN, where the region is the top international draw.

The only two regions with parity are the Middle East and Southwest Pacific. 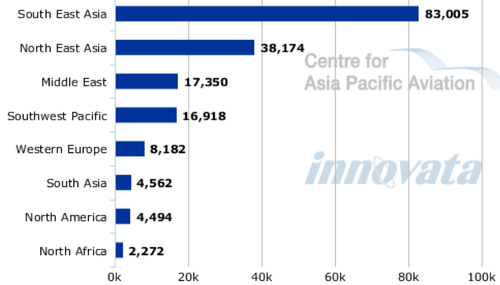 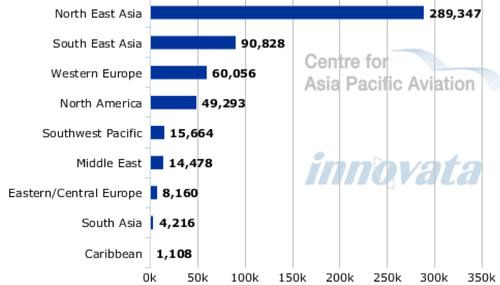 Both are predominantly served by network carriers, but with PVG having a slightly greater representation by low cost entrants. 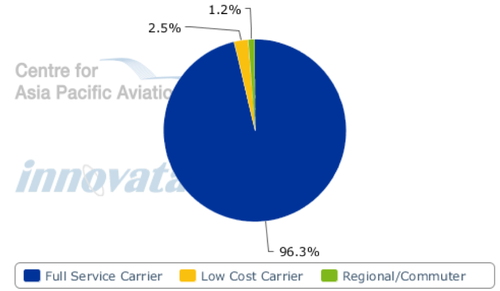 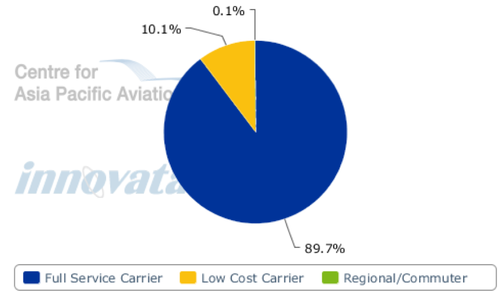 In terms of alliance representation, the airports have significant differences as well. SkyTeam’s influence in China is shown by its dominance at Guangzhou due to the presence of China Southern.

With the addition of China Eastern, Shanghai and China Airlines next year, the alliance will further strengthen its hold on CAN and will become the dominant alliance at PVG as well.

Both airports, primarily due to domestic carrier service, will continue to have a sizeable number of non-aligned seats available. 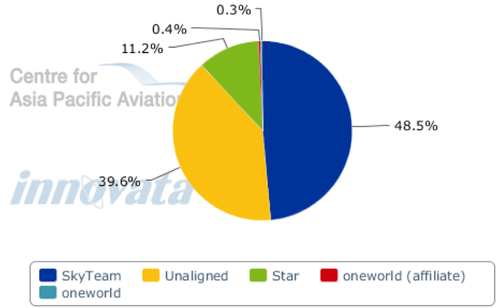 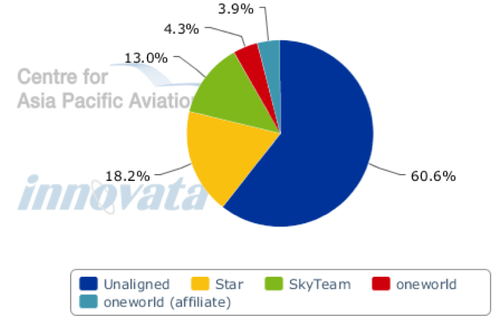 On the way up the charts

In the next few years both airports will most likely achieve higher rankings amongst the world’s top airports. Especially Shanghai, with its large and growing international sector, will soon begin to rival the US and European airports that have for so long been the dominant players.

With ample runaway capacity, new and modern terminals and an increasingly affluent constituency, both airports are poised to become ever more important players in the world airport community.