Crude oil prices have retreated more than USD10 per barrel from their 2009 peak in recent weeks, providing the airline sector some relief as they enter the leaner (for most) Northern Winter period, although jet fuel prices have not fallen as rapidly as crude.

The WTI crude oil price has averaged USD61.3 per barrel for the year, but has spent the last months close to USD80 per barrel. However, the weaker US dollar and lower demand, combined with larger than expected US stockpiles, continue to place downward pressure on crude prices.

Mexico has also put a USD1.7 billion hedge option for much of its 2010 oil exports at USD57 per barrel, 20% lower than the current market. The Mexican government has projected that oil will drop to an average of USD59 per barrel in 2010. 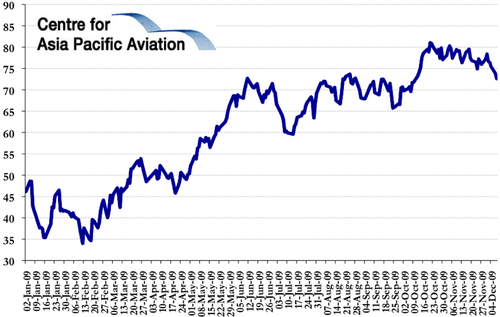 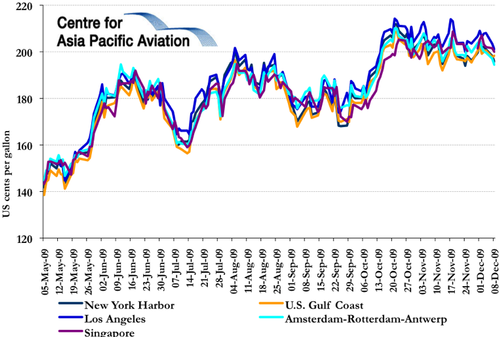