Global passenger traffic at airports grew by almost 4% in Feb-2011, with international up by 4.5% and domestic by 3.4%, according to Airports Council International. Freight volumes stagnated for the month reflecting a decrease of 3.3% in domestic freight traffic. 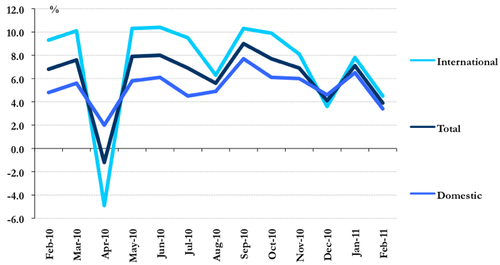 North African airports were heavily hit by political unrest in Egypt and Tunisia in Feb-2011 resulting in 21% slump in the Africa region, with drastic reductions seen for Cairo (-54%), Sharm El Sheikh (-71%), Tunis (-31%). Bahrain also recorded implications of the social unrest with a 15% passenger decline. 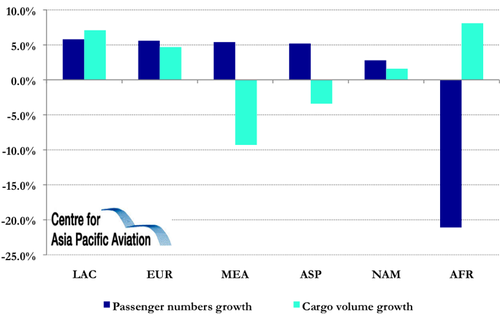 "The impact of the social and political crisis in North Africa on overall global traffic is limited, yet for the individual airports that were accustomed to rapid growth, it represents a very severe situation as both aeronautical and non-aeronautical revenues plunge,” ACI Director Economics Andreas Schimm commented.

The drop of tourism-related traffic in North Africa appears to have boosted results at other leisure destinations, benefitting alternative destinations in Spain and Turkey. Sharp growth was reported by Fuerteventura (+34%), Sevilla (+20%), Tenerife (+13%), Lanzarote and Gran Canaria (+11%) and Antalya (+20%).

ACI also noted the negative and considerable effect on traffic created by the earthquake/tsunami and following nuclear situation in Mar-2011.

"While the situation in North Africa remains fragile with the focus shifting to Libya, the effects of the natural and nuclear disaster in Japan that occurred in March will have a far bigger impact on March results both in the Asia-Pacific region as well as depressing global passenger numbers,” Mr Schimm stated.

Further consolidation of growth in Feb-2011

ACI stated the freight situation is “more sobering” as there was no growth in February globally. The stagnation comes relative to a 22% increase in Feb-2010. 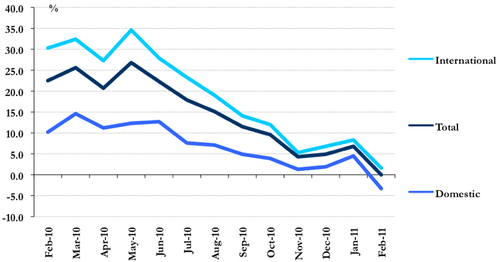 Commenting on the results, Mr Schimm noted that “it would be misleading to interpret these figures as a precursor to a cooling world economy. Growth rates were exceptionally high during the first half of the 2010 reference period, and the situation is already positive if the volumes reached then can be upheld." 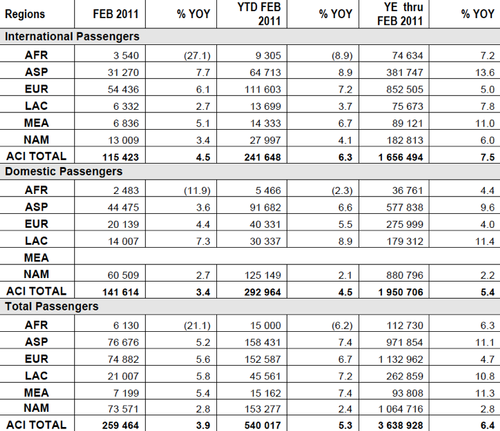 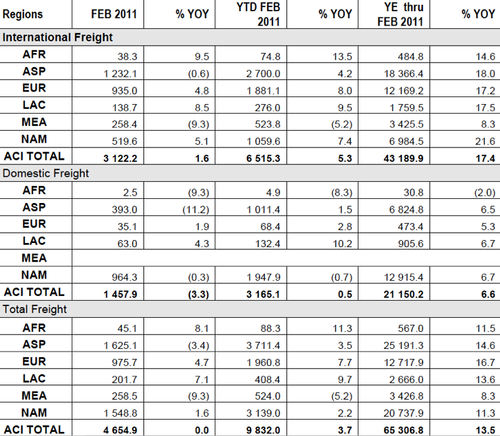