Fraport forecast growth in passenger numbers and earnings to continue this year and into 2012. CEO Stephan Schulte cautioned that forecasts will only be realised if there are no traffic dips or constraints caused by unpredictable events.

Frankfurt Airport will open its new runway, the airport’s fourth, on 21-Oct-2011, and is now looking at airport privatisation projects across the world for further growth. Mr Schulte highlighted opportunities in Brazil, Spain and Greece, which may be forced to sell national assets in order to deal with its debt crisis.

Fraport shareholders ratified the recommendation of the executive and supervisory boards to pay a dividend of EUR1.25 per share for the last completed fiscal year. For fiscal years 2006, 2007, 2008 and 2009, Fraport paid out EUR1.15 per share. 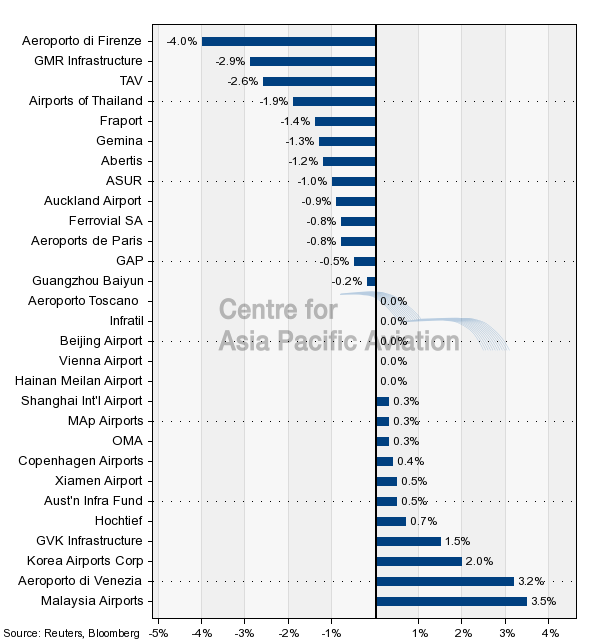