Fraport delivers optimistic outlook for 2010, revenue and net profit down 6.1% and 20.1%, respective

Fraport Chairman, Dr Stefan Schulte, commented that the best thing about “last year's financial results is our outlook for 2010”. The airport operator is optimistic that it has risen from the “trough of decline” following significant declines in traffic in early 2009.

Fraport now expects EBITDA to reach at least EUR600 million in 2010, whereby the improvement in results will come mainly from the company's international business. However, Group profit is expected to weaken, due to higher depreciation costs and higher financial expenditure. 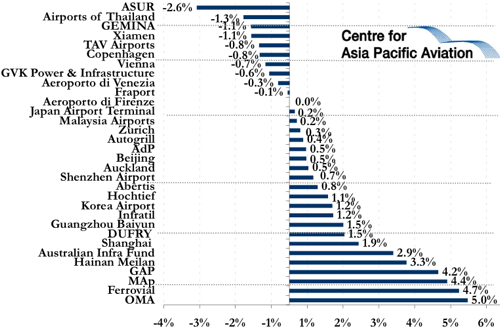