ExpressJet to redeem notes; US Airways and Continental gain; Hawaiian Airlines down

North and South American carriers gained again on Wednesday (26-May-2010), continuing to benefit from comments from JP Morgan the day before. The upward momentum is despite a fall in the wider market, with the Dow (-0.7%) slipping on concerns China is considering revising its investments in European government bonds.

US Airways continues climb, up 75% so far this year

US Airways (+8.2%) continued to climb after JP Morgan’s upgrade of the carrier’s stock the day before, pushing the rest of the sector higher. The carrier’s stock has advanced 75% so far this year, easily making it the biggest gainer among major US carriers. 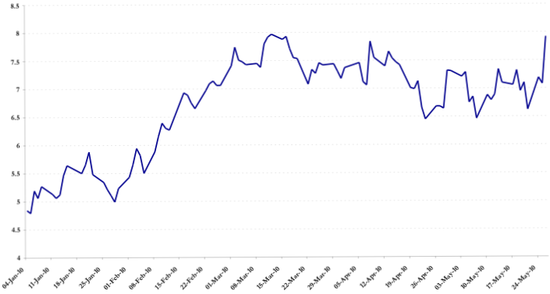 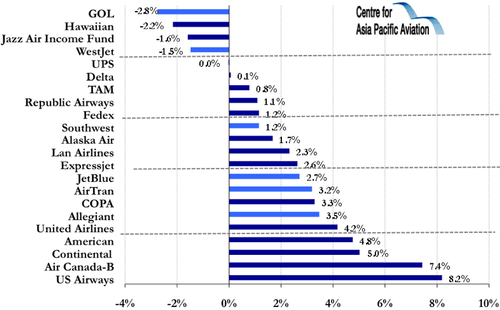