DVB Bank, a specialist in global transport finance, cautioned that the “lenders of last resort” – Export Credit Agencies – will again be crucial in the avoidance of a funding gap for commercial aircraft deliveries in 2010, after playing a major financing role last year.

Airbus and Boeing delivered 979 aircraft between them in 2009, valued at an estimated USD66 billion by DVB Bank. Of this, ECAs provided a record USD21 billion, almost double the level of funding they provided for aircraft acquisitions in 2008.

In Dec-2009, Bob Morin, VP of Transportation at the US Export-Import Bank, the official ECA of the US, stated that it was time for the bank to “step up to bat”, in an interview with The Wall Street Journal. In 2008, the bank provided USD21 billion in transport-related loans, 40% of which supported Boeing deals. USD8.6 billion in commercial aviation loans were provided by the Ex-Im over the first nine months of 2009.

Last year, the Ex-Im went another step, guaranteeing USD413.7 million in bonds for three Emirates B777s, a test case for the agency, which had never guaranteed bonds before.

Boeing and Airbus breathed a sigh of relief at the strong hand the ECAs played. Both manufacturers lent less then they expected last year to finance deliveries. Boeing’s lending for new aircraft in 2009 was USD800 million, comfortably under the USD1 billion forecast by Boeing Capital.

2010 deliveries are forecast at a value of USD60 billion, but DVB Bank believes that the “lack of visibility on the financial markets and the weak operating cash flows of most carriers will represent another challenging environment”, forcing aircraft purchasers with USD30 billion in orders to turn to the assistance of banks and ECAs. ECAs will have to “provide as much support as last year” to avoid a funding gap, as a large increase in the lending activities of traditional aviation banks compared to last year is not expected.

The key stress point will be the refinancing of existing commitments and the financing of used aircraft, with DVB noting an increasing number of these transactions are collapsing due to the lack of financing. DVB has questioned whether ECAs will continue to support the industry with such enthusiasm, as increased “credit incidents” are likely to occur.

For a daily wrap of airline fleets, financing and manufacturer news - plus updates on aircraft lease rates and valuations, sign-up now to receive Aviation Investor Daily - a new JV product brought to you by CAPA and Ascend. It's free until 31-Mar-2010 - and there's nothing quite like it. 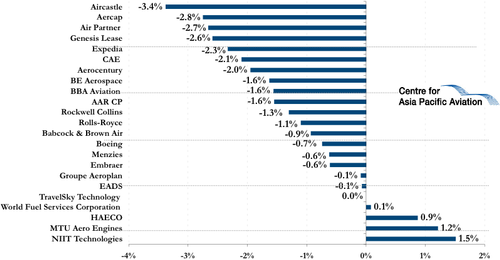