Taiwan-based rival, EVA Air, last week reported a 20% increase in passenger numbers in Feb-2010, thanks to the Lunar New Year Holiday period falling in February this year. Passenger and cargo yields were up 13.3% and 12.7% year-on-year, respectively. 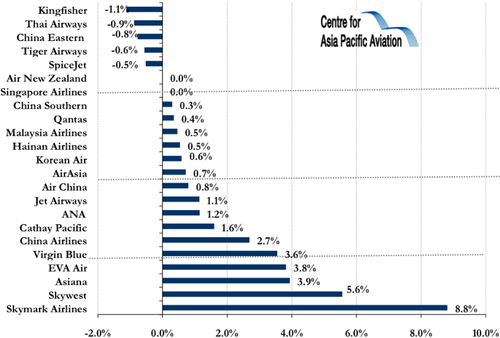