European bourses declined yesterday. London's FTSE was down 3.57% and Germany's DAX fell 5.25%, as the promise of a deep recession in Europe claimed more pessimism.

The tourism industry is hurting. Intercontinental Hotels, the world's largest chain, reported a sharp fall in October numbers and was rewarded with a 7.6% drop in its share price. 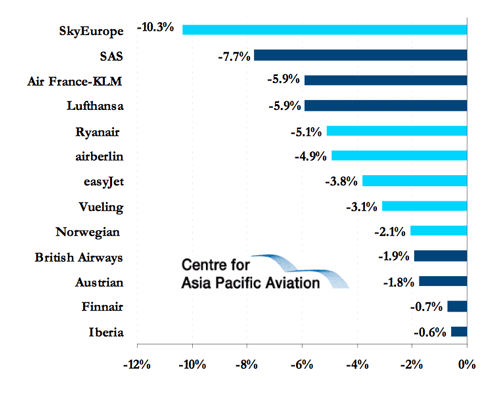 In the US, as the Dow Jones index fell 1.99% yesterday, with a continuing pessimistic outlook for retail.

American led the way, as it announced withdrawal of fuel surcharges and showed up as a poor perfomer in on-time arrivals. Low cost Allegiant went the other way, largely on the basis of some new route plans for the Florida market.

And oil prices slipped below USD60, to USD59.33, on the New York Mercantile Exchange, a level not seen since early last year. 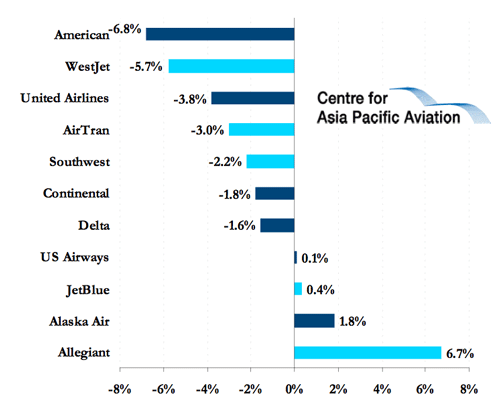