In the US, JetBlue Airways and Virgin Atlantic announced (22-Mar-2011) the launch of a new trans-Atlantic interline partnership linking the networks of the two carriers. JetBlue also announced it plans to increase revenue by 60% from corporate contracts through measures such as refundable fares, network and schedule optimisation, more legroom priority boarding and a revamped TrueBlue programme.

Southwest CEO Gary Kelly stated the carrier has had "delightful success" raising fares to offset higher fuel prices and has no plans to reduce capacity. The CEO also said he expects to close its acquisition of AirTran in 2Q2011, with integration to occur between 2011 and 2013. 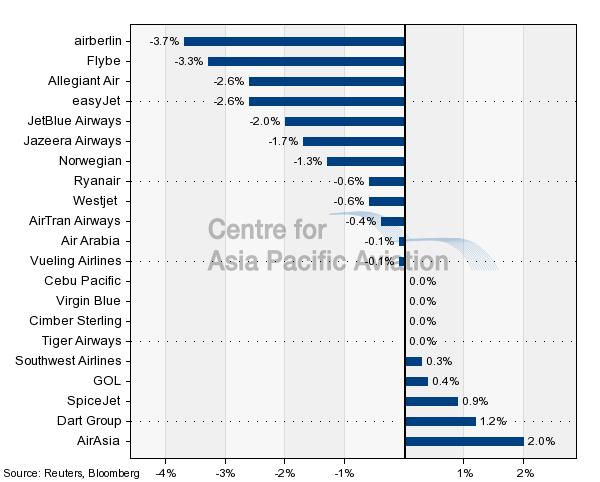