EUROCONTROL announced that although there remains "some limited areas of ash concentration across Europe, these are expected to have very little or no impact on European air traffic". No airspace is currently closed due to volcanic ash. In total, around 900 flights were cancelled in Europe between Monday 23-May and Wednesday 25-May out of a total of 90,000 expected flights.

Association of European Airlines (AEA) met with European Commission’s Vice President Transport Siim Kallas to discuss the recent volcanic ash incident. During the eruption AEA member British Airways performed a verification flight, which entered areas confirmed as being in the “red zone”, but no ash was encountered. International Airlines Group CEO and former AEA Chairman Willie Walsh stressed that decisions to restrict airspace must be based on multiple data sources, not only the information provided by the London Volcanic Ash Advisory Centre (VAAC). 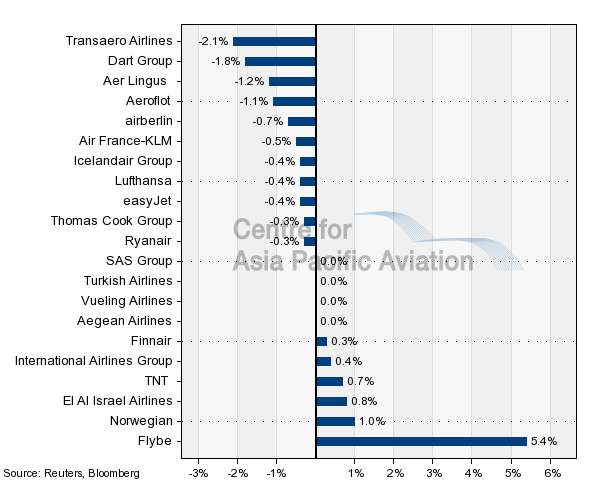