Being an airport operator in Europe was not easy in 2009, with deep declines in traffic virtually across the board. The exception was Turkey, with Istanbul Ataturk Airport showing solid growth, thanks to Turkish Airlines’ continued aggressive development. Overall, ACI preliminary data shows a 5.6% reduction in passenger traffic at European airports in 2009, including a 5.1% fall in international traffic and 5.7% fall in domestic volumes.

NB: CAPA already has full 2009 traffic data for over 700 airports globally. Email us if you would like further information.

Geneva, Athens, Moscow Sheremetyevo and Zurich were among the best performing second tier airports last year (with only mild year-on-year traffic reductions), while Dublin, Vienna, Stockholm Arlanda and Manchester all struggled with traffic losses in excess of 10%. 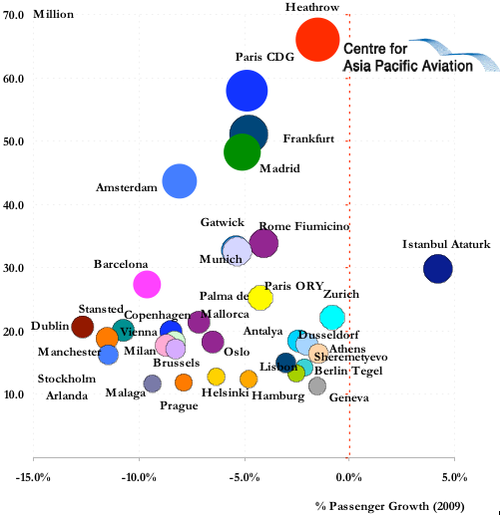