Air France-KLM gained 6.3% as the airline released its traffic highlights for Apr-2010.

The carrier stated that activity during the month “saw three phases", noting that up until the ash crisis, "traffic continued the positive trend of the previous month, with a 1.1% rise for capacity down by 1.4%. Unit revenue per available seat kilometre (RASK) excluding currency was strongly up on a year earlier. Traffic collapsed during the seven days of the crisis…however, despite this significant disruption, RASK excluding currency impact was up on last year”. The airline added that forward bookings for the next few weeks are “showing a positive trend”.

Air France-KLM Group’s passenger numbers were down 20.3% year-on-year last month to 5.0 million. The carrier estimates the net impact on operating income of EUR35 million per day of completely suspended operations. 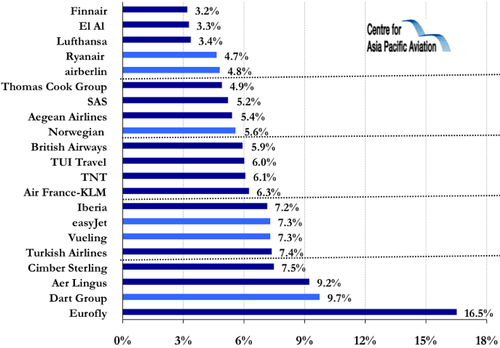 Airport and construction stocks take off 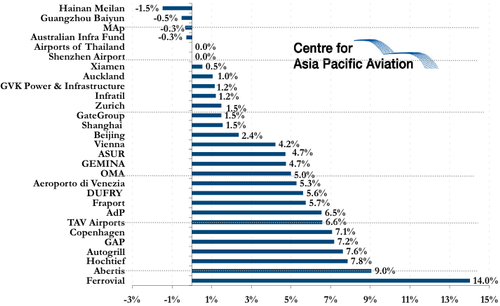