SAS (+9.0%) recovered some lost ground after a negative outlook last week and Air France-KLM (+8.5%) each also showed good gains as European markets thought they saw some glimmers of hope in financial results in the banking sector. (UK markets were closed for the day). 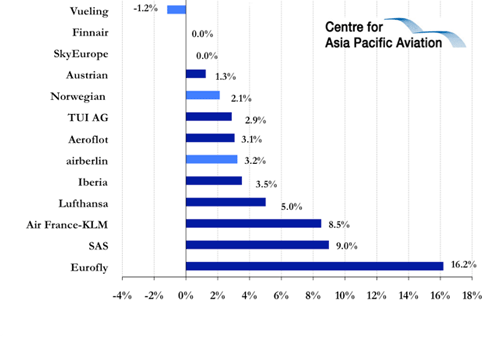