Etihad Airways has issued a statement that it expects to report profitable earnings before interest, taxation, depreciation, amortisation and rentals (EBITDAR) for 2010, marking “an important step forward in the airline’s journey towards full break-even in 2011 and profitability in 2012”.

There was no hint of plans for an IPO in the near term. Mr Hogan stated" “There has been recent interest in the issue of export credit guarantees, but for Etihad this has always been only a small element of our aircraft financing strategy. The large majority of our financing comes from commercial agreements and it is important for international institutions to understand the performance of the business.”

The Etihad CEO stated the airline would reach full break-even next year, despite “heavy investment in new routes, fleet and infrastructure”. He concluded: “Etihad is an airline with ambitious plans for the future.  But all of those plans are grounded in solid commercial foundations. Our shareholder expects a return and we will deliver that return.” 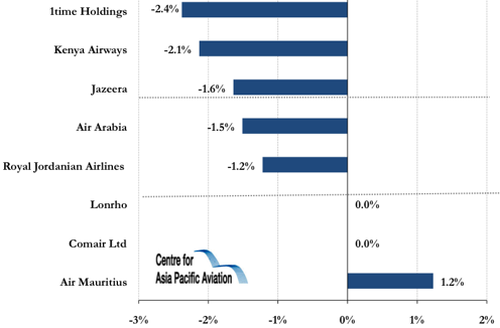