With under two months to go, Etihad Airways is expecting its passenger numbers to top 7.3 million in 2010, representing a rise of 16% year-on-year, while cargo tonnage is expected to surge 20%. Average passenger load factor is expected to gain 2 ppts to around 77%.

Etihad, which celebrated its seventh anniversary on Friday, has flown more than 26 million passengers since it commenced operations and its fleet has grown to 57 aircraft. Unlisted Etihad employs more than 8000 staff and operates flights to 66 destinations in 43 countries. 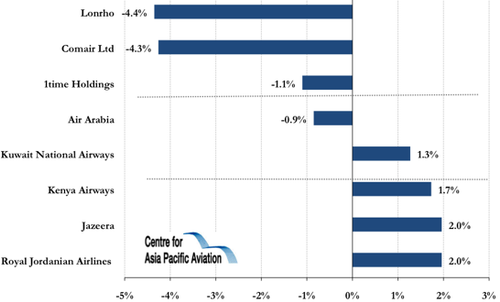