Brazilian President, Luiz Inacio Lula da Silva, and Chinese President, Hu Jintao, signed an agreement on expanded industrial cooperation yesterday. Under the agreement, the Brazilian President has confirmed that Embraer will maintain its operations in China. Embraer was reportedly due to exit its Chinese assembly plant deal by the end of 2011 if a new agreement was not reached.

Embraer currently assembles ERJ-145 regional jets for the Chinese civil aircraft market under a JV in Harbin with AVIC II. However, the manufacturer has just seven ERJ-145s left in its firm order backlog, with just a single customer, Hainan Airlines. Production at Harbin was dramatically slowed in late 208 and early 2009, to the point where just a single ERJ-145 was accepted by Hainan Airlines in 1Q2010.

China is a centre of growing importance in commercial aircraft components manufacturing and airframe assembly. Aside from Embraer’s ERJ-145 line, Airbus has also developed an A320 family final assembly line in Tianjin.

Then there is China’s ambition to eventually challenge the dominance of Airbus and Boeing through its own state-owned manufacturer, COMAC. COMAC already has its ARJ-21 regional jet in production in Shanghai, and is pressing ahead with development of the C919, which will compete directly with the A320 and B737, as well as Bombardier’s new CSeries.

Embraer obviously wants to keep its hand in what promises to be the world’s largest domestic aviation market. The company recently signed a USD2.2 billion deal with Chinese banks to help finance the purchase of its aircraft by Chinese carriers and throughout Asia. 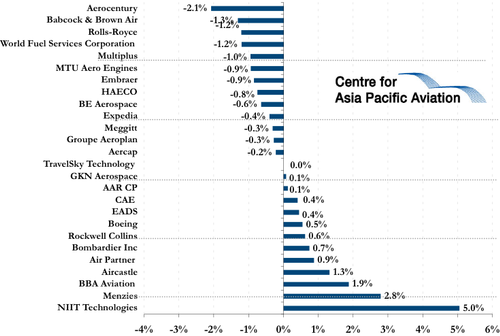