Like Airbus and Boeing, Embraer is expecting the economic recovery and rebuilding of airline passenger traffic levels will lead to a resurgence in ordering. However, 2010 is due to be another tough year for the manufacturer, with its order backlog continuing to decline.

Airbus and Boeing have shrinking order books as well, as the larger manufacturers are producing aircraft at near record levels. But they have the luxury of significantly greater order backlogs. Production schedules for most Airbus/Boeing aircraft types are full for at least the next two years, allowing them to ramp up production even while questions about the economic recovery remain.

Embraer’s 2010 outlook is for revenue of USD5 billion, approximately 10% down on revenue earned in 2009. The commercial aircraft segment is still expected to be the company’s primary earner. Regional jet sales are projected to account for USD2.6 billion of the company’s revenue, compared to USD1.1 billion from business aircraft and USD650 million each from its defence and aeronautical services units. 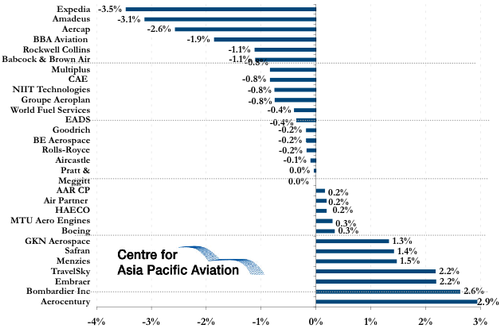