Embraer’s revenue is expected to continue to decline this year, but CFO Luiz Carlos Aguiar has revealed that the company is experiencing a “gradual recovery”. In 2008, the company had net revenue of USD6.34 billion, which fell to USD5.47 billion in 2009 as aircraft ordering declined.

The company is forecasting revenue of USD5.25 billion this year, and cannot say when revenue will return to pre-recession levels. At the end of 2Q2010, Embraer lifted its guidance from USD5 billion.

At the end of 1H2010, Embraer’s order backlog was USD15.2 billion, the lowest it has been since the end of 1Q2007. The majority of the value of the backlog rests in the company’s Ejet family, with outstanding orders for 232 aircraft. More than 60% of the company’s revenue is derived from its commercial aircraft business, although its executive aviation and defence units are becomingly increasingly important.

In 2007 it commenced production of the Phenom family of very light/light jet aircraft. Since deliveries began in late 2008, the manufacture has delivered 152 of the aircraft. The company is planning to deliver the mid-sized Legacy 450 by 2H2012, with the Legacy 500 to follow in 2013.

Embraer’s military unit is pinning its hopes on the new KC-390 transport aircraft, the largest ever developed by the manufacturer. Brazil and Colombia recently formalised a development and production partnership for the aircraft and Chile and Portugal are also considering orders. South Africa has also been identified as a potential partner. The Brazilian military has already announced its intention to buy 28 KC-390s.

Embraer has yet to make a decision on the future of its commercial aircraft programme. The aircraft manufacturer has been considering several options, including an all-new regional aircraft, a stretched version of its existing E190/195 or even a large turboprop. It is also considering offering new engines on its existing E190/195, working with Pratt & Whitney to study the potential of offering the PW1000G on the aircraft.

Embraer has also recently secured a USD1 billion loan from a syndicate lead by BNP Paribas. The manufacturer limited the size of the loan, as it will satisfy its needs until the market returns to full strength. 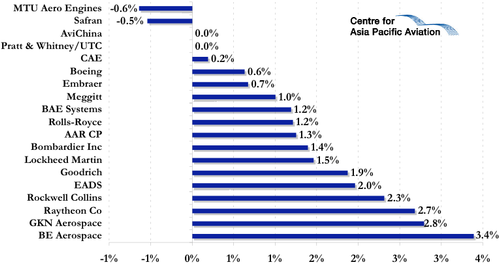 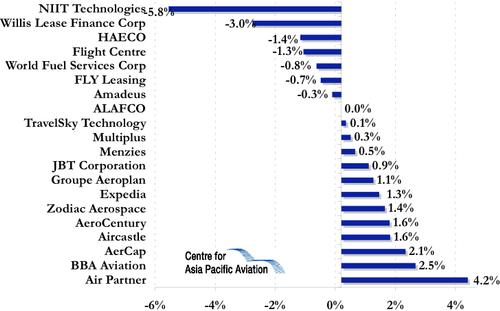