Despite a 10% drop in revenue in the first half of 2010, Embraer has lifted its full-year revenue guidance, based on recent strong ordering. At the Jul-2010 Farnborough Airshow, the Brazilian manufacturer secured 35 firm orders and 46 LoIs for new aircraft, with another 70 purchase options taken by customers.

As a result, the manufacturer has raised its 2010 revenue outlook from USD5 billion to USD5.25 billion, and EBIT forecast to USD340 million. The company’s operating margin forecast has been increased fractionally, from 6% to 6.5%.

Embraer delivered 50 commercial aircraft during 1H2010 and is on target to meet its annual delivery projections. In the period, 60 business and military aircraft were delivered, bringing total deliveries to 110. Commercial deliveries are down from 2009, with Embraer focusing on business and executive aviation deliveries, predominately its light jet aircraft.

The company’s order backlog declined by USD1.4 billion over 2Q2010, to USD15.2 billion. Since peaking at USD20.9 billion during 2008, the company’s backlog has slipped by USD5.7 billion, a reflection of the shifting product mix and the affects of the economic downturn. The order backlog still represents more than three years of production at current output levels. E-jet production is expected to remain at current levels to 2012.

The company declared an EBITDA of USD218.5 million and a net profit of USD105.6 million. Embraer cut USD22 million out of its operating expenses, despite the affects of a stronger Brazilian real and much higher R&D expenses. Embraer’s strong commercial campaigns increased selling expenses by 28.8%.

Embraer’s cash position improved to USD658.7 million, but it paid off a significant part of its short-term debt. Capital expenditure is expected to increase in 2H2010, as the company drives forward with several new business aviation programmes.

Relating to the solid results and the improved outlook, JP Morgan and Credit Suisse have upgraded their recommendations for Embraer shares. The company’s share price jumped 2.4% in trading yesterday, outperforming local markets. 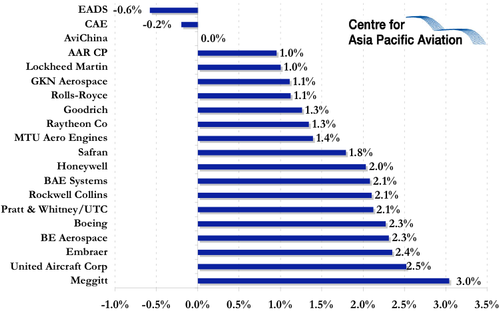 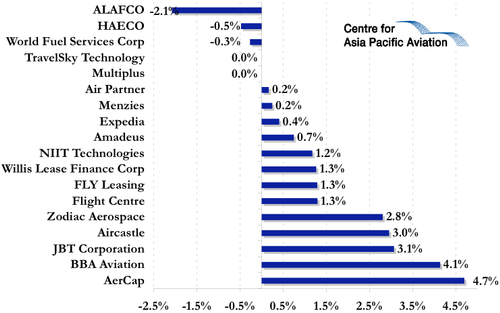