Chinese airlines have placed orders for 35 E190 aircraft from Embraer, with a formal purchase agreement signed earlier this week. Hebei Airlines ordered 10 E190s, for delivery from Sep-2012, while China Southern Airlines will purchase another 20.

In contrast, Boeing has confirmed it has lost orders for eight B787s from Air Pacific. The Fiji-based airline's "evolving business model has affected its fleet requirements" according to a statement from Boeing. This brings the total number of B787 order cancellations this year to 20, although Boeing still has nearly 830 aircraft on order.

In trading on Wednesday, Safran and GKN Aerospace shares gained 3.5% each. EADS shares rose 1.3%, while Boeing shares lost 1.3% and Embraer was down 1.5%. 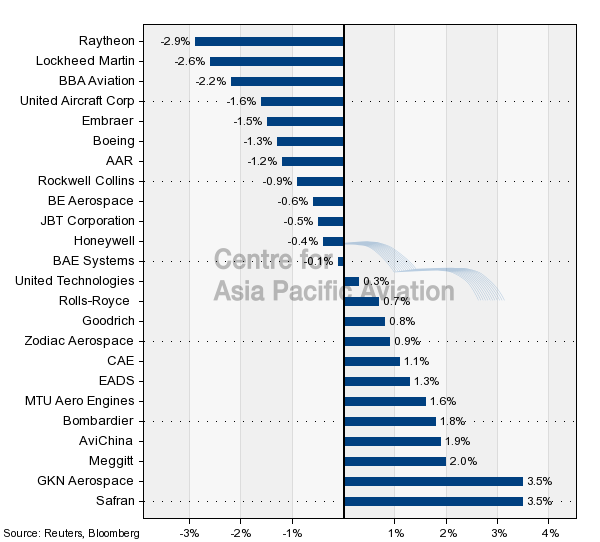